Why spay and neuter? 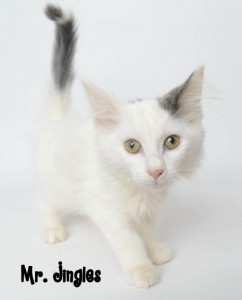 How is spaying/neutering good for the pet and the pet owner?

Spaying/neutering can lower vet bills! Fixed pets are less prone to a variety of diseases. Spayed females have a lower risk of mammary cancer (90% fatal in cats and 50% fatal in dogs) and life-threatening uterine infections. Neutered males have no risk of testicular disease and a lower risk of prostate diseases. Plus, the cost to have your pet spayed or neutered can be a lot less than the cost to have and care for a litter or litters.

Spaying/neutering can lead to better pet behavior! A spayed female won’t go into heat which will prevent yowling, frequent urination and discharge. Neutered male dogs are usually better behaved and will not feel the need to mark their territory. A neutered male dog won’t be as inclined to roam in search of a mate; roaming animals can cause vehicular accidents and scare children.

Spaying/neutering can prevent fights between pets. Fights between pets can be serious, causing deep wounds and transmitting deadly diseases. Neutered males tend to be less aggressive to both animals and people, especially if neutered at an early age.

How is spaying/neutering good for the community?

If more pets are spayed and neutered, there will be fewer stray, homeless, unwanted animals. Communities spend millions of dollars to control and house homeless and unwanted animals. Stray and roaming animals can cause dog bites and attacks, often get into trash containers, or defecate in public areas or on private lawns. Spaying/neutering prevents unwanted litters and keeps more animals off the streets and out of already overburdened animal shelters and rescue groups.

How old does my dog/cat have to be to have spay/neuter surgery?

Many spay/neuter clinics and some private practice veterinary clinics will spay/neuter puppies and kittens when they’re 8 weeks old and at least 2 lbs (kittens) or 4 lbs (puppies). It’s a myth that you can’t spay/neuter kittens and puppies when they’re so young – they actually bounce back from spay/neuter surgery very quickly! Pediatric spay/neuter (spaying or neutering your pet when he or she is younger than four months) is safe and is less stressful on the animal than waiting until he’s older.

At what age do cats/dogs go into heat and how long do they stay in heat?

Cats can have their first heat cycle between 4-6 months of age and will go in to heat approximately 3 times a year.   Each litter typically has between 4 and 6 kittens.

Dogs go into heat at about 4-6 months of age and typically have two heat cycles per year.  Each litter has, on average, between 4 and 10 puppies.  A dog’s heat cycle lasts a total of 30 days. The vagina will swell during the first 10 days. There will be bloody discharge during the next 10 days. The swelling of the vagina will gradually go down during the final 10 days as they come out of heat. We prefer to wait two weeks after the bloody discharge has stopped to spay the dog/cat because there will be less risk.

How long will my pregnant dog/cat be pregnant before she has her babies?

The gestational period for both dogs and cats is about 60-63 days. Please note that dogs and cats can get pregnant again while nursing a litter! Each litter can potentially have up to four different fathers.

Will you still spay my dog/cat if she is pregnant?

Until pet overpopulation is reduced to a point where animal shelters and rescue groups can handle the number of homeless, incoming animals without having to euthanize for space, we believe it is more humane to spay the pregnant pet than it is to contribute to pet overpopulation where that future litter could potentially live life on the streets as homeless pets, and will displace another pet who is waiting for a hone. We look forward to the day when this is no longer necessary and we are working hard to achieve this with every spay/neuter we do.

Is it dangerous to spay my pet while she is in heat or pregnant?

My dog/cat just had a litter; can I still get her fixed?

It is preferable to wait about two weeks after the puppies/kittens stop nursing before the mother is spayed. The puppies/kittens must be completely weaned (eating solid food on their own, typically around 4-6 weeks of age) and separated from the mother so they aren’t still nursing in order for the mother’s milk to dry up before the spay to be performed.

I know I can find good homes for all the puppies/kittens – especially if they’re purebreds – so why should I get him/her fixed?

For every human born in the United States, 45 cats and 15 dogs will be born. Six to eight million dogs and cats are waiting in shelters across the country; 25% of shelter animals are purebreds. About half of the animals in shelters will be euthanized because there simply aren’t enough homes. Every home found for one of your pet’s offspring – purebred or not – takes a home away from a purebred or mixed breed dog or cat waiting in a shelter. And, in less than one year’s time, each of your pet’s offspring may have his or her own litter, contributing to the pet overpopulation problem even further. The problem of pet overpopulation is created and perpetuated one puppy/kitten and one litter at a time.

Isn’t it better for my pet to have one litter before I get her spayed?

No, that’s a myth! Medical evidence shows that female pets that are spayed before their first heat are typically healthier in the long run.

Will my pet get fat and lazy if she/he is spayed/neutered?

No, that’s a myth, too. Most pets get fat and lazy because they are overfed and/or don’t get enough exercise.

Isn’t it a good idea for my children to experience the “miracle of birth?”

By allowing your pet to give birth, you are contributing to pet overpopulation. Explain to your children that preventing the birth of some pets can save the lives of others and consider fostering a pregnant animal from a shelter or rescue group if you still feel they need to see the “miracle of birth.”

Will spaying/neutering make my dog less “protective” or make my male pet feel like “less” of a male?

Spaying/ neutering does not affect a pet’s natural instinct to protect the home and the family, and pets don’t have any concept of sexual identity or ego. A pet’s personality is formed more by genetics and his environment than by sex hormones so neutering will not change a pet’s basic personality or make him suffer any kind of emotional reaction or identity crisis.

My dog/cat is so special! Doesn’t it make sense to want a puppy/kitten just like her?

A dog or cat may be a great pet and family member, but that doesn’t mean his/her offspring will be a carbon copy! Professional animal breeders who follow generations of bloodlines can’t guarantee they will get just what they want out of a particular litter. A pet owner’s chances are even slimmer. In fact, an entire litter of puppies or kittens might get all of a pet’s (and/or her mate’s) worst characteristics!

Just how bad is the pet overpopulation problem? “No other disease or condition of companion animals takes as many lives as euthanasia. In fact, no other disease comes close.” ~ Janet M. Scarlett, DVM, MPH, PhD, Cornell University.

Information courtesy of The PAWS Clinic