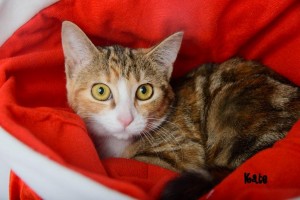 Question #1:  What is a feral cat and how are feral cats different from stray cats?

A feral cat is a descendant of a domesticated cat that has returned to the wild. It is distinguished from a stray cat, which is a pet cat that has been lost or abandoned, while feral cats are born in the wild.  The offspring of a stray cat can be considered feral if born in the wild.  Generally, humans are unable to touch or handle a feral cat because they are so wild.  Stray cats can be very friendly and sociable.  Both feral and stray cats can reproduce at high rates, quickly turning a couple of cats into a large colony.  Collectively, feral and stray cats are referred to as “free roaming” cats.

Trap-Neuter-Return, commonly referred to as “TNR,” is the only method proven to be humane and effective at controlling feral/stray cat population growth. Using this technique, all the feral cats in a colony are trapped, neutered and then returned to their territory where caretakers provide them with regular food and shelter. Young kittens who can still be socialized, as well as friendly adults, are placed in foster care (pending the availability of foster homes) and eventually adopted out to good homes.

TNR has many advantages. It immediately stabilizes the size of the colony by eliminating new litters. The nuisance behavior often associated with free roaming cats is dramatically reduced, including the yowling and fighting that come with mating activity and the odor of unneutered males spraying to mark their territory. The returned colony also guards its territory, preventing unneutered cats from moving in and beginning the cycle of overpopulation and problem behavior anew. Particularly in urban areas, the cats continue to provide natural rodent control.

Another significant advantage to TNR is that, when practiced on a large scale, it lessens the number of kittens and cats flowing into local shelters.  This results in lower euthanasia rates and the increased adoption of cats already in the shelters.

Question #3:  My neighbor/landlord) is complaining about the feral/stray cats.  What can I do?

Talk to your neighbors (or the landlord) in a non-confrontational and calm manner.  Find out what their complaints are (too many cats, yowling, spraying, etc.) and make sure they understand that spay/neuter can resolve most of them.  Explain that spay/neuter prevents unwanted litters and reduces or eliminates most undesirable behaviors such as yowling and spraying because these behaviors are associated with breeding.  Make sure they understand that removing the cats does not solve the problem because new cats will just move in, and that TNR reduces the number of stray cats over time because it prevents more litters from being born.

Question #4:  I’ve been told that cats should be indoor pets so isn’t it cruel to leave them outside?

The safest place for your companion cat is indoors, but the only environment suitable for feral/wild cats is usually outside.  Feral cats that have gone through the TNR process and live in managed colonies with a volunteer caretaker – who provides food, water and shelter – can live healthy, content and long lives.  Finding homes for feral cats is not a realistic option.  Animal shelters rarely accept them because they cannot be touched by people and are thus “unadoptable.”  If they do accept them, they are usually euthanized without a holding period.  Animal sanctuaries rarely have room for feral cats because there are so many of them nationwide.

Question #5:  Can’t feral cats simply be moved to another location?

Relocation of the cats should only be done as a last resort.  Relocation should only be done under extreme circumstances when the cats’ lives are in danger.  Moving a colony of feral cats – and convincing them to stay – is a complex process involving specific procedures that start with finding a suitable new habitat or location, and must be followed without shortcuts if you want the cats to be safe and remain at the relocation site.  We recommend you visit the Alley Cat Allies website (www.alleycat.org) if you determine that relocating a feral cat colony is your only course of action. 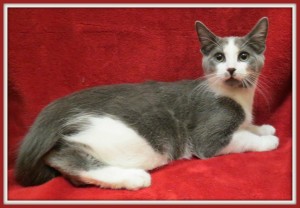 Question #6:  Why do you eartip free-roaming cats?

Eartipping is a way to identify feral cats that have been spay/neutered and vaccinated.  It’s an immediate, visual way to ID cats that have gone through the TNR process, and it alerts animal control that the cat is part of a managed colony with a volunteer caregiver.  It also helps the colony’s volunteer caregiver track which cats have been trapped, fixed and vaccinated, and it identifies newcomers who have not been fixed.  Eartipping is safe and painless because the cat is under general anesthetic when the procedure is performed.  Eartipping is a standard and humane practice that is used nationwide.

Question #7:  Do I need to have feral cats tested for Feline Leukemia (FeLV) or Feline Immunodeficiency Virus (FIV)?

Most TNR resources do not advocate for universal testing of feral cats.  This is based on the recommendation of Alley Cat Allies and the experiences of large feral cat programs like Operation Catnip (in Florida and North Carolina) which has stopped testing all together.  Results at their clinics indicate:

The single most effective way to help control the feline overpopulation crisis and improve the health and living conditions of stray/feral cats is to increase the number of cats that are spayed/neutered.  Despite the concern over viruses, it’s euthanasia due to overpopulation that ends more lives than any feline disease.  Feral cats that have gone through the TNR process and live in managed colonies with a volunteer caretaker – who provides food, water and shelter – can live healthy, content and long lives.

Question #8:  Cats in the colony I care for were spayed/neutered, but how do I know they are recovering properly?

When a feral cat is spayed/neutered, he needs to stay overnight at the vet clinic or in a home where he can be monitored for a least one night.  If you choose to keep the cat in your home or garage, keep him in his trap with clean newspaper underneath.  Keep the trap covered with a sheet or towel and leave him alone, except to check on him.  Avoid reaching into the cage unless absolutely necessary and wear protective gear if you must do so.  A feral cat that is coming out of anesthesia may still react fiercely by scratching and/or biting.

If a cat will not go into a trap after repeated attempts, take a break for a week or two (except in the case of an injured cat).  A short break can reduce a cat’s fear of the trap.  During the break, feed the cat and other cats you are feeding in unset traps for several days.  Start by placing the food by the entrance of the trap, then move it inside, then move it to the back over a period of several days.  Feed in the same place and at the same time as always.  The cat will see other cats eating inside the traps and will likely try it too.

When you are ready to trap again, withhold food for 24 hours.  Never withhold water. You can make a trap more enticing by using really smelly food such as mackerel tuna or catnip:  drizzle a very small trail leading into the trap and place a chunk in the back of the trap (the cat will step on the tredle plate that closes the trap door on its way to the back of the trap for the food).  If you have a cat that can get in the trap and get the food without stepping on the trip plate, try moving the food either closer to the trip plate or further towards the back of the trap.  Cats also love the smell of a pungent herb called valerian.  You can make a strong smelling broth by boiling valerian in water and then douse the trap with it.

Question #10:  Is there a way that I can use kittens to catch the mother?

Yes, but DO NOT put kittens in a trap that’s set for the mother!  If the mother becomes frightened in the trap, she could seriously injure the kittens.  Put the kittens in a closed trap or a small closed cat carrier instead.  Set the trap or the carrier exactly where you found the kittens.  Place another empty SET trap directly in front of the closed trap/carrier with the kittens, like a train.  Cover both traps with a sheet EXCEPT for the trap door of the empty trap.  Hopefully, the mother will hear and/or smell her kittens, and will look through the door of the empty, set trap and see her kittens at the end of the “tunnel.”  She may enter the empty, set trap thinking she can get to her kittens this way.  If the kittens do not make any noise, you can place a tape recording of mewing kittens in the trap with them.

Question #11:  There’s a pregnant feral cat outside.  What should I do?

Unless you are willing and able to bottle feed, socialize and find homes for the kittens, we believe that the most humane option is to spay the pregnant mother cat.  It is very hard to place kittens (especially unsocialized ones) in local animal shelters or rescue groups because there is a significant overpopulation of cats and most of our shelters and rescues are operating at capacity.  Spaying a pregnant female cat also ensures that another generation of kittens does not grow-up on the streets, braving the elements and traffic and fending for themselves.  If you trap the mother and a veterinary clinic determines she is about to give birth, work with the clinic to set-up a safe, warm area for her to have her kittens in.  The kittens are more likely to survive if they are born indoors, but the mother may experience stress from being confined and become less able to care for her kittens.  To reduce her stress, provide a warm, secluded, quiet area for her to give birth and nurse her litter.

If you cannot trap her, or if she seems about to give birth outside, provide a warm, outdoor cat shelter so she can choose to have her kittens in it.  It is best to leave her alone and not bother her while she has her kittens.  Any additional stress may cause harm during the pregnancy.

Yes, like almost all living creatures, feral cats need warm, dry shelter to protect them from extreme temperatures and wet weather.  You can build a feral cat shelter from an existing plan (see the Alley Cat Allies website – www.alleycats.org – for a copy of the plan.  Alternatively, you can use a strong box or crate insulated with waterproof material thick enough to keep out wind and cold.  It’s not a good idea to put blankets in the shelter because they can get wet and become frozen, so use waterproof materials like straw to insulate the shelter instead.  Cats generally want their shelter and the area where they go to the bathroom to be separate, so you do not need to put a litter box in the shelter.  Igloo style dog houses – available at many pet supply stores – also make excellent feral cat shelters.  A large shelter can provide a safe haven for more than one cat.

Question #13:  Where can a take a feral cat to get him or her fixed?

The PAWS Clinic in Taylor, Michigan offers $25 spay/neuter surgeries for feral cats. Feral cats must come in a live trap and they will receive an eartip and a rabies vaccine.  Contact The PAWS Clinic directly for more information

Refer to Low Cost Spay/Neuter Options for information on spay/neuter clinics in other areas of metro-Detroit, and throughout the state of Michigan and the USA.